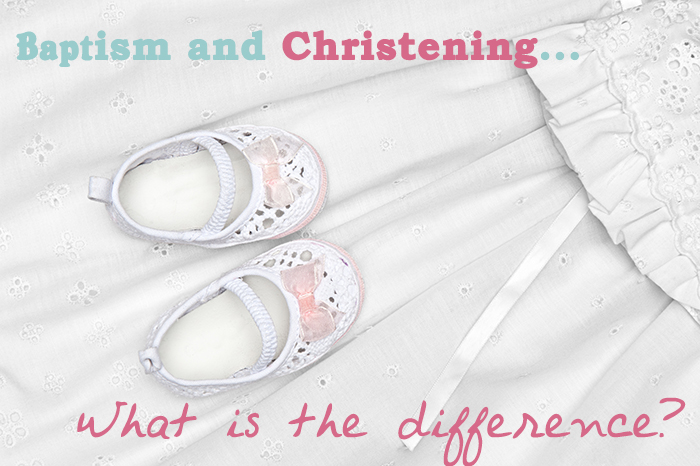 For those not familiar with religion, it can sometimes be a minefield of understanding.

One question I am asked all the time is 'What is the difference between a Baptism and a Christening?'.

To put it simply, a Christening is a ceremony in which a name is given to a child, and a Baptism is one of the 7 sacraments of the Catholic Church.

In some religious traditions, a baptism is also called a christening, but for others the word "christening" is reserved for the baptism of infants, as this is when they are officially given a name.  It is unusual to have a Christening for an adult.

It's a common misconception that the Catholic Church only recognises its own Baptism as being valid. Catholics actually believe that any Baptism/Christening, no matter the denomination, which uses the words "in the name of the Father, and of the Son and of the Holy Spirit" and involves the use of water, either through pouring or immersion, validly introduces a person as a Christian.

Specific religions and churches that recognise and use the rite of Baptism are...

The celebration of both of these events though is mostly the same. A ceremony is held within a Church, Godparents are generally chosen to guide the child through their Christian life, and a gathering is held after the event in celebration.  Gifts are usually given to the child, and also to the Godparents as a thank you, and to mark the honour of the role they have been given.

Both Christenings and Baptisms are a time for the celebration of the child involved, regardless of religion. It is an important time in a child's life, and a keepsake to mark the event will be received gratefully.